The concept of the typical and traditional work culture has been constantly changing over many years, and one shouldn’t be surprised if it changes further. From traditional 9-5 hour jobs to independent professionals and now work from home, the pattern of working for everybody keeps on changing according to their preference. 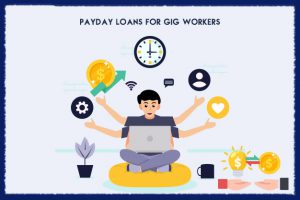 Unlike those who prefer working as a full-time employee with a company and receive a fixed salary along with which comes job security as well as financial security, there are individuals who prefer working as per the requirement of different companies for their services. This working culture doesn’t offer much in terms of security of finances and that of having a job, but it does offer freedom and experience like no other.

A lot of individuals today are turning to this way of living and working, since these days one’s freedom is given equal importance to as one’s financial security is. However, it doesn’t come easy as one month one may make thousands of dollars, but the next consecutive month, they may make absolutely nothing. That depends on whether a company requires their services or not, how many companies require their services and how much they are willing to pay. Of course, every kind of job does come with a particular price range, but with an average of 7.9 billion people in the world, almost every independent professional ought to have some tough competition.

Even though flexible, the life of a gig worker isn’t always easy. Yes, there are times when one day they’re chilling while working from a beach at Miami while two days later they may be chilling at a countryside in Georgia, but it isn’t always as glamorous as it looks inside, as it seems on the outside.

One day, a gig working from Tennessee may be sitting amongst four walls wondering what to do next, and a week later his job may take him to the foothills of the Himalayas for the name he’s built in the market amongst his other peers.

However, as mentioned earlier, there may be days, weeks or even months that go by without a gig worker earning any money, and it is in such times that they may need to borrow finances from a third party.

This third party can be a family member, a friend, or a lender.

If the need for extra funds arises be it due to unemployment, due to an emergency or for an occasion and a gig worker is out of funds, he/ she may want to consider the various options available to borrow money from.

If you’re a gig worker who is unemployed, the best thing to do would be to borrow money from a close one. Due to the uncertainty associated with the income of gig workers, most lenders do not agree to fund them; that’s undoubtedly due to the risk involved of not being repaid on time.

Ask around, approach a trusted source who understands your situation, borrow money from them and return it when the time comes. What one can also do is borrow small amounts of money from multiple people (who confide in you to repay it) instead of borrowing a large amount from a single person, since it becomes an easier and less stressful affair for them too.

The one thing that a payday loan lender shall ask from you is proof that you have a stable source of income. So, if you’re currently associated with a company, you can certainly apply for a payday loan if you need some extra cash. However, there needs to be proof shown to your lender that you will receive a payment on a certain date, only after which they shall approve your loan request.

Along with that criteria, they may need to you meet certain other requirements which are very basic in nature; direct lenders offering payday loans do not rely on your past financial records, which is why they don’t bother too much about your credit history. That’s why, even if you have bad credit but are assured of receiving an income in the next few days, the loan for you shall be approved.