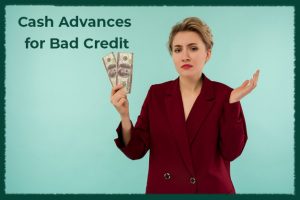 With the many lending options available in the market, some of them go in the good bracket while some are bound to be considered bad, depending from person to person. Whether a particular type of lending option is bad or not, really depends on one’s perspective and maybe also the experience that comes with it. Unfortunately, though, payday loans are termed as “a bad funding option” by some individuals and their strong belief about the same has led others to believe it too.

However, that isn’t really the case. Are payday loans really bad in comparison to traditional loans? Some people believe otherwise and we are among those individuals.

Let’s first take a look at the difference between a payday loan and a traditional lending option.

Probably the only reason why a payday loan is considered to be bad in comparison to a traditional loan is the fact that it is more expensive. However, when you opt for a traditional loan, there are various disadvantages that come with it.

Take for example a situation in which one needs money urgently for a medical situation. The savings of this person aren’t enough to clear the bills which is why he/she may need money from a third party. Approaching a friend or a family member is an option but not everybody can afford to lend that kind of money which is why this person turns to a traditional lender. However, the long approval procedures of traditional lenders make it difficult to get a loan fast when one needs it in such circumstances. Also, they conduct credit checks which makes it difficult for bad credit holders or people with no credit to get loans.

Getting a traditional loan isn’t as easy as the thought of. Not only are they time-consuming, but very few people get approved for a loan. Also, people with bad credit may be charged more than those with good credit, and most of the time, most people are asked to offer collateral too. This makes it difficult for many individuals to get a loan. Also, the credit checks that traditional lenders conduct are time-consuming and detailed which can possibly reduce the credit rating of the borrower. It also makes it difficult to get a loan quickly when in desperate need of a cash advance.

Direct lending when talking about payday loans can be a little harder to repay considering the fact that they are a tad bit more expensive than traditional loans and have to be repaid in a lump sum on the very next pay date.

However, there are innumerable advantages that come with direct lending which include quick approvals and transfers so as to avoid any delay in an emergency situation, approvals even with bad credit, no hard credit checks which avoid a reduction in one’s credit score, the avoidance of standing in long queues and traveling all the way to a brick and mortar lender.

In conclusion, if one needs money urgently or has bad credit, an online loan for bad credit is the best option available. However, if bad credit isn’t a problem and if one is willing to wait for a few days to get the money that they need, traditional lending can qualify as a better option for them.